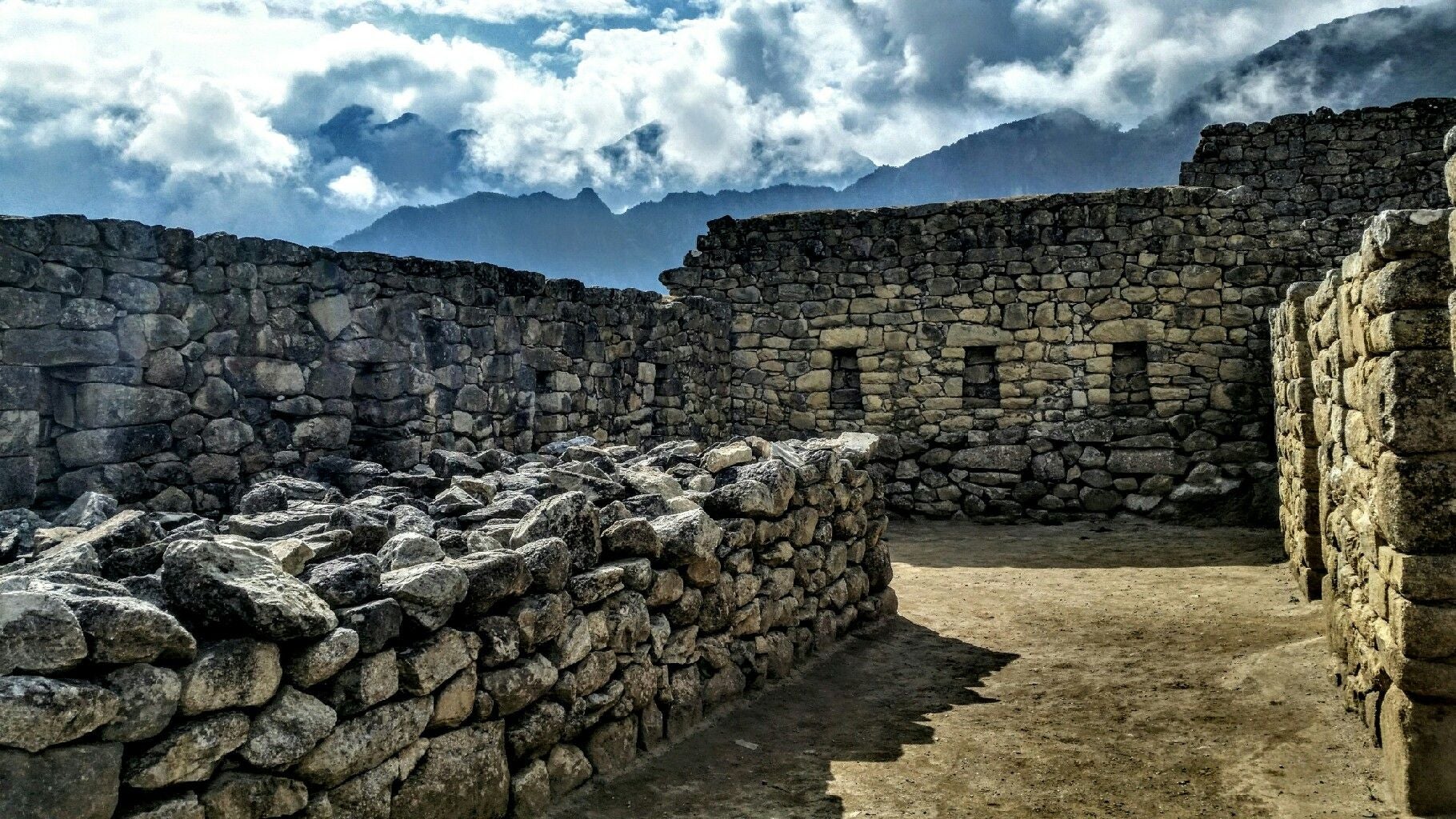 Peru offers an extensive and diverse range of travel experiences to select from, however if there is a ‘must do’ in Peru it is time at some of the World’s most stunning and intriguing ruins. Optimize your experience at Peru’s ancient ruins by selecting from a menu of sites that will transport you back in time to some of the humanities most fascinating civilizations and offer a window of reflection into where we have come from and maybe even where we are destined to go to. 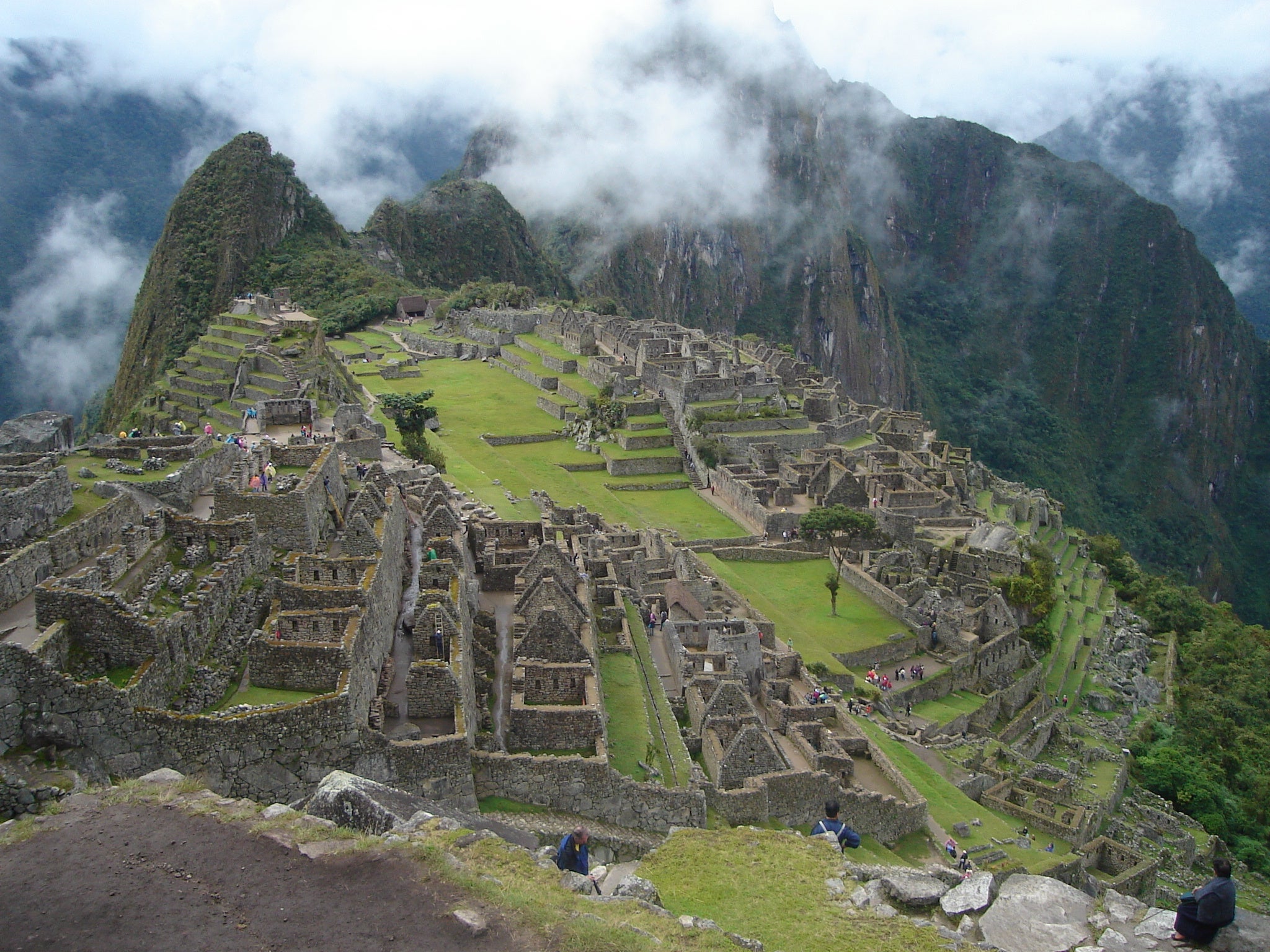 As the jewel in the Peru’s crown Machu Picchu, is top of every Peruvian itinerary, with ‘7 wonders’ status attesting to its significance. There are mountains of checklists detailing Machu Picchu’s magnificence, but it’s lasting impact is not so much in the fascinating details that it reveals about the Incan civilization, more so it is that space that it creates inside every visitor to marvel at its harmony with the spectacular natural setting and inspire travelers to find their own personal version of peace within themselves and the world.

Part of Cusco’s charm is the omnipresent feeling of connection to its Inca heritage with two important ruins being located within the city. The blend of mystical Inca heritage, colonial rusticness and modern aspiration somehow come together to create a city greater than the sum of its incongruous parts. Cuzco’s Quechan name ‘Qosqo’ means ‘navel (centre) of the world, and the presence of ruins within walking distance give tourists the feeling that Cuzco is precisely that. 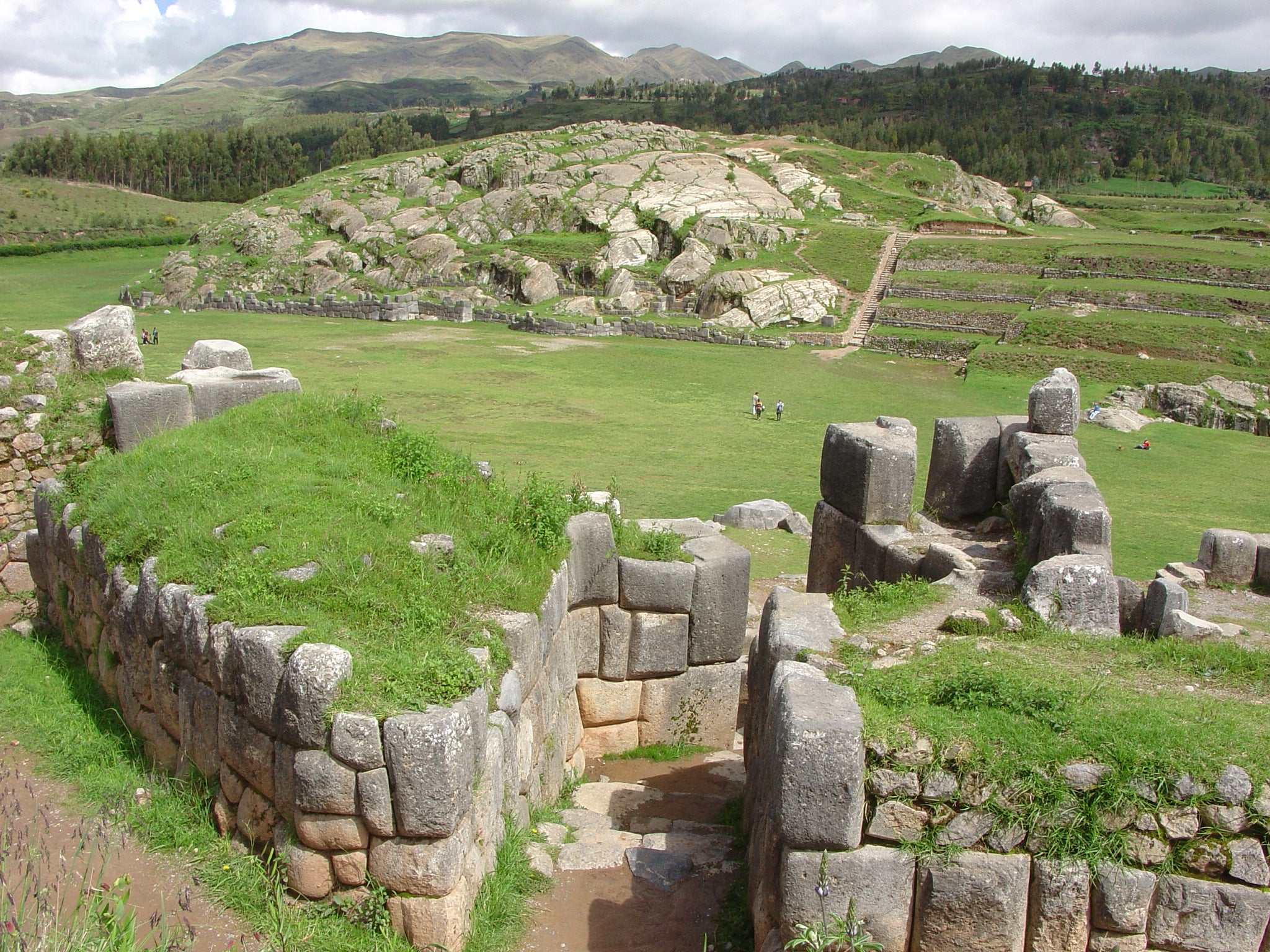 Overlooking Cuzco and meaning ‘the place where the hawk is satisfied’ in Quechan, Sacsayhuaman looks over Cusco from the city’s highest point. It is believed to have been both strategic and ceremonial in function, but what is certain is that it is a window into the Inca culture through splendid examples of Inca construction techniques in addition to the possibility to see Inca Ceremonies reenacted at various times throughout the year, most importantly at Inti Raymi (Festival of the Sun) held yearly on June 24.  Time at Sacsayhuaman gives the opportunity to witness the pride that modern day Peruvians have in their Inca heritage and the relevance that this incredible culture has in a modern context. 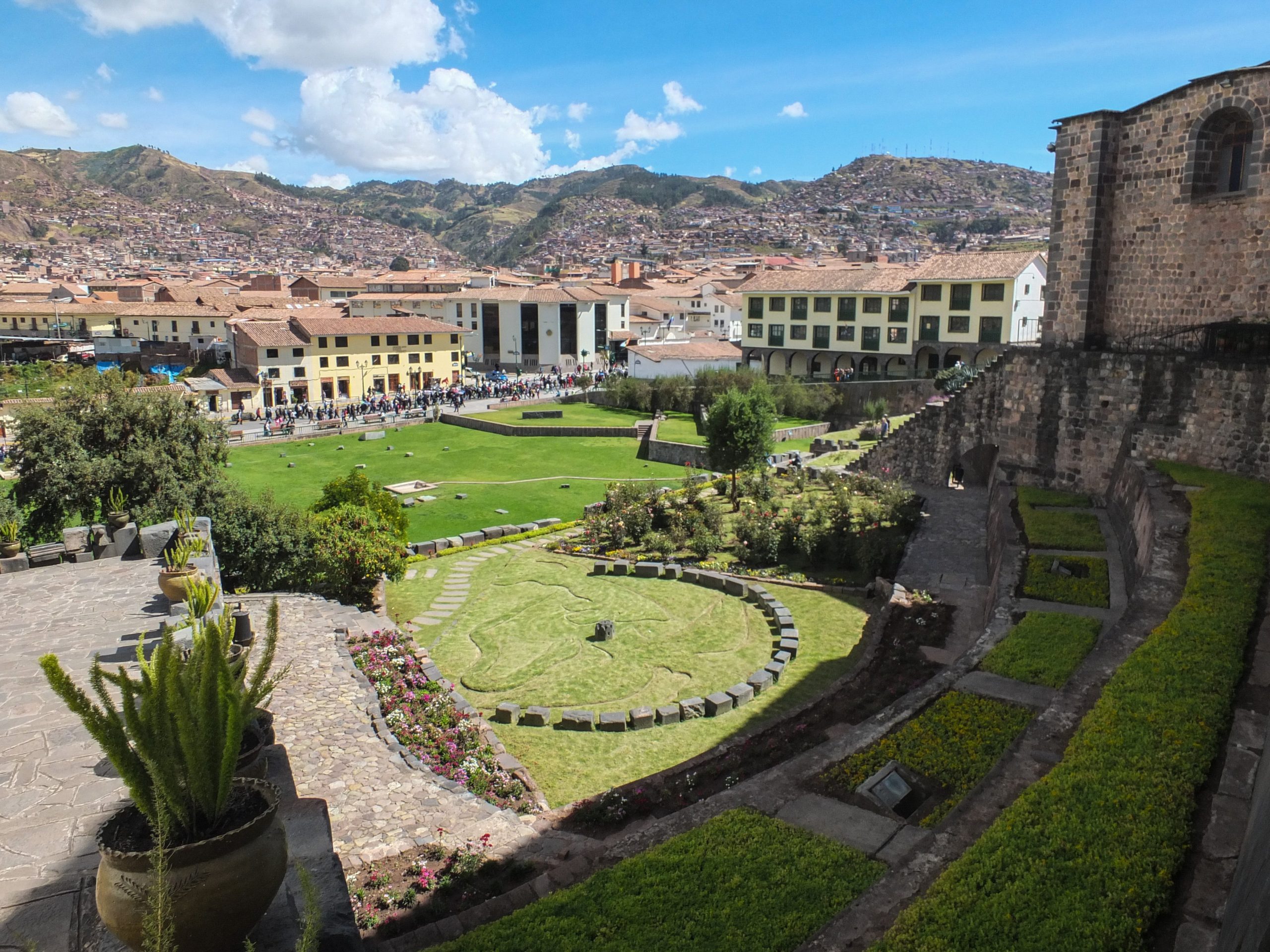 Located in the heart of Cusco, Korikanca was essentially the center of the center of the Incan universe. Despite a lot of the original temples being destroyed, travelers can feel the intrinsic spiritual connection that the Incas had with the cosmos through temples celebrating the Sun, the Moon, Venus and the stars, amongst other others. Its central location is both convenient and impressive, once again offering an incongruent doorway into the Incas, set amongst the bustle of modern life. However, once inside let the Inca spirit bathe you in the light of the universe, and help you understand a culture long lost to time.

Inca ruins in the Sacred Valley

The Sacred Valley is a living museum to the Inca culture with exhibits in the form of their ruins sprinkled throughout, each one offering the opportunity to connect with various aspects of their civilization.

Ollantaytambo is composed of a number of striking features, however most interesting are the daunting stone terraces of Temple Hill, a symbol of Inca resistance where the Incas defeated the Spanish in a 1536 battle.

Ollantaytambo is also a fascinating insight into the scientific precision of the Incas as expressed by the ingenious Temple of the Sun used to measure the winter and summer solstice. Ollantaytambo is another important piece in the mystery of the Inca civilization and an expression of Incan bravery and scientific creativity. 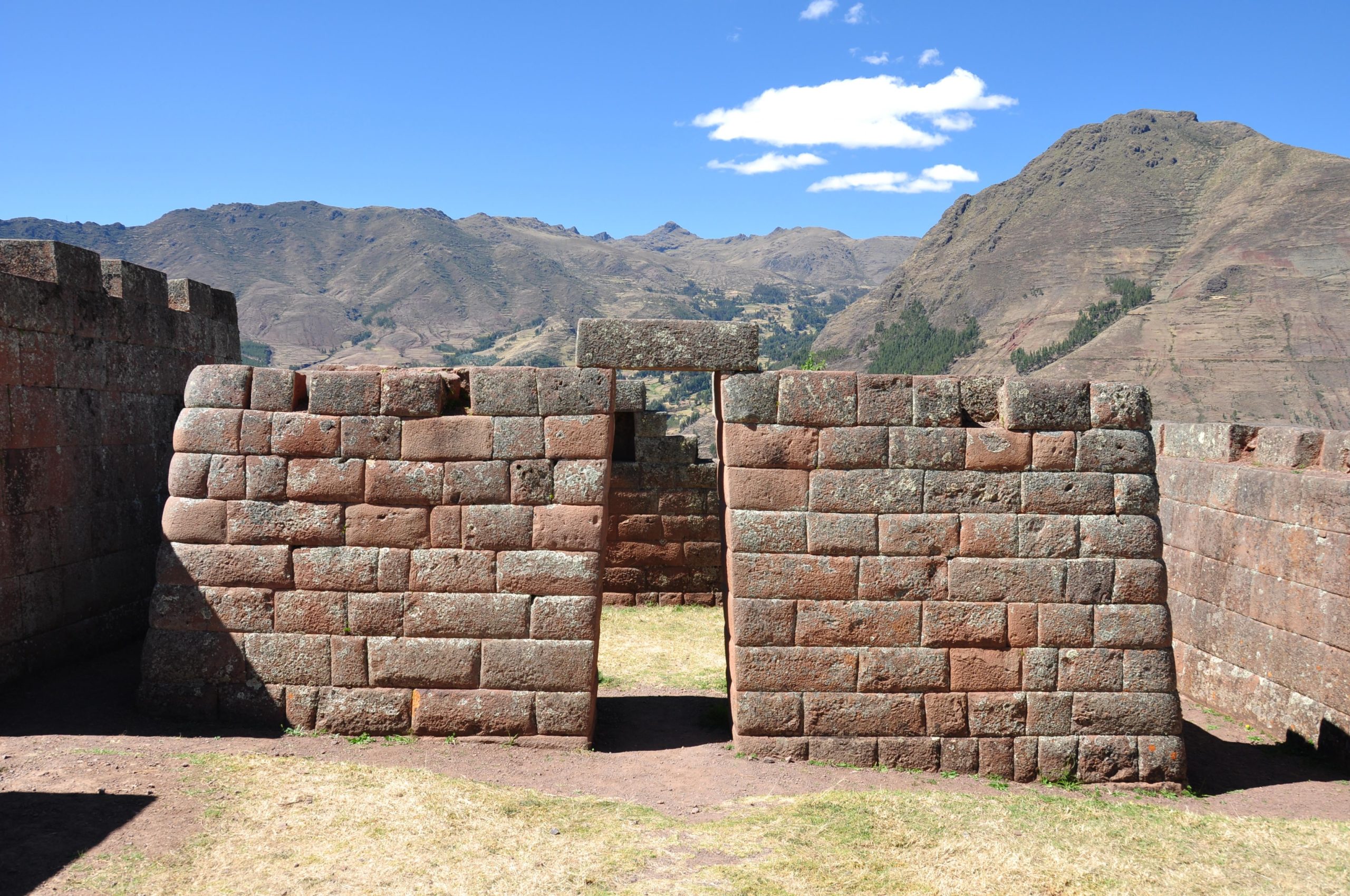 Pisac was a mixed use Incan site combining astronomy, residential, agricultural functions, but what sets this sacred site apart is that it is the most important Incan burial site. Travelers report feeling peace in the midst of Incan souls offset by a spectacular natural environment. It is a place for reflection and admiration for the Inca spirit.

The site continues to have a practical function other than tourism in the form of its bustling market where modern day Peruvians buy and sell, with the best day to visit being Sunday when local Quechua communities gather to sell their organic goods. Pisac is a site to celebrate Peruvian humanity, the Incans of the past and the eclectic blend of modern Peruvians going about their business. 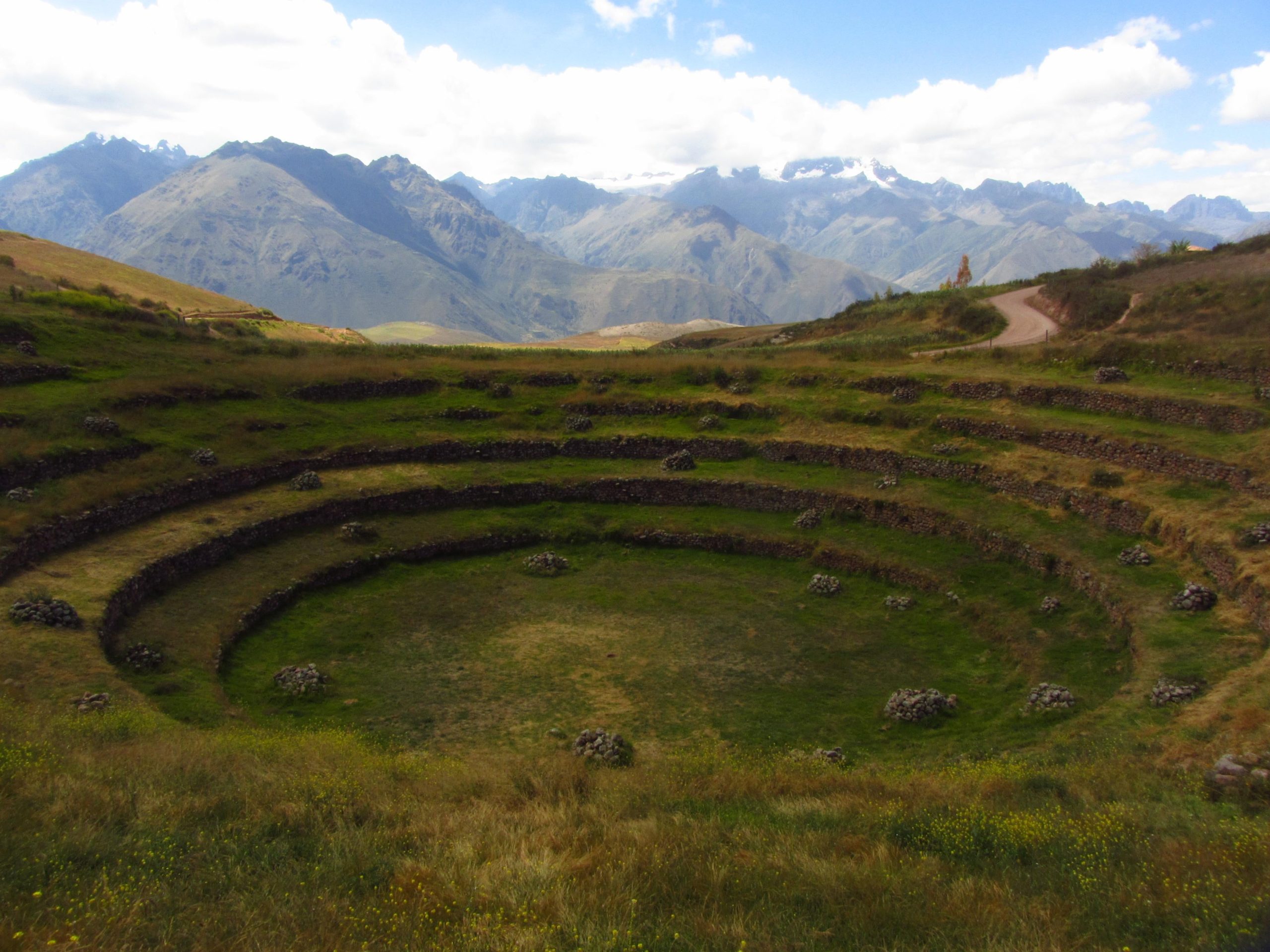 Moray is a series of terraces shaped in flowing concentric circles and ovals descending into depressions of approximately 100 feet. Archeologists believe that they were created for agriculture with the terraces created engineered microclimates.

Travellers delight in the Incas functional design intelligence and ability create solutions for agricultural challenges whilst working in harmony with the natural environment. The flow of the rings is often described as peaceful, satisfying and calming.

Whilst the Incas occupy the top cultural spot, it is important the note that Peru human story is composed of civilizations established long before. 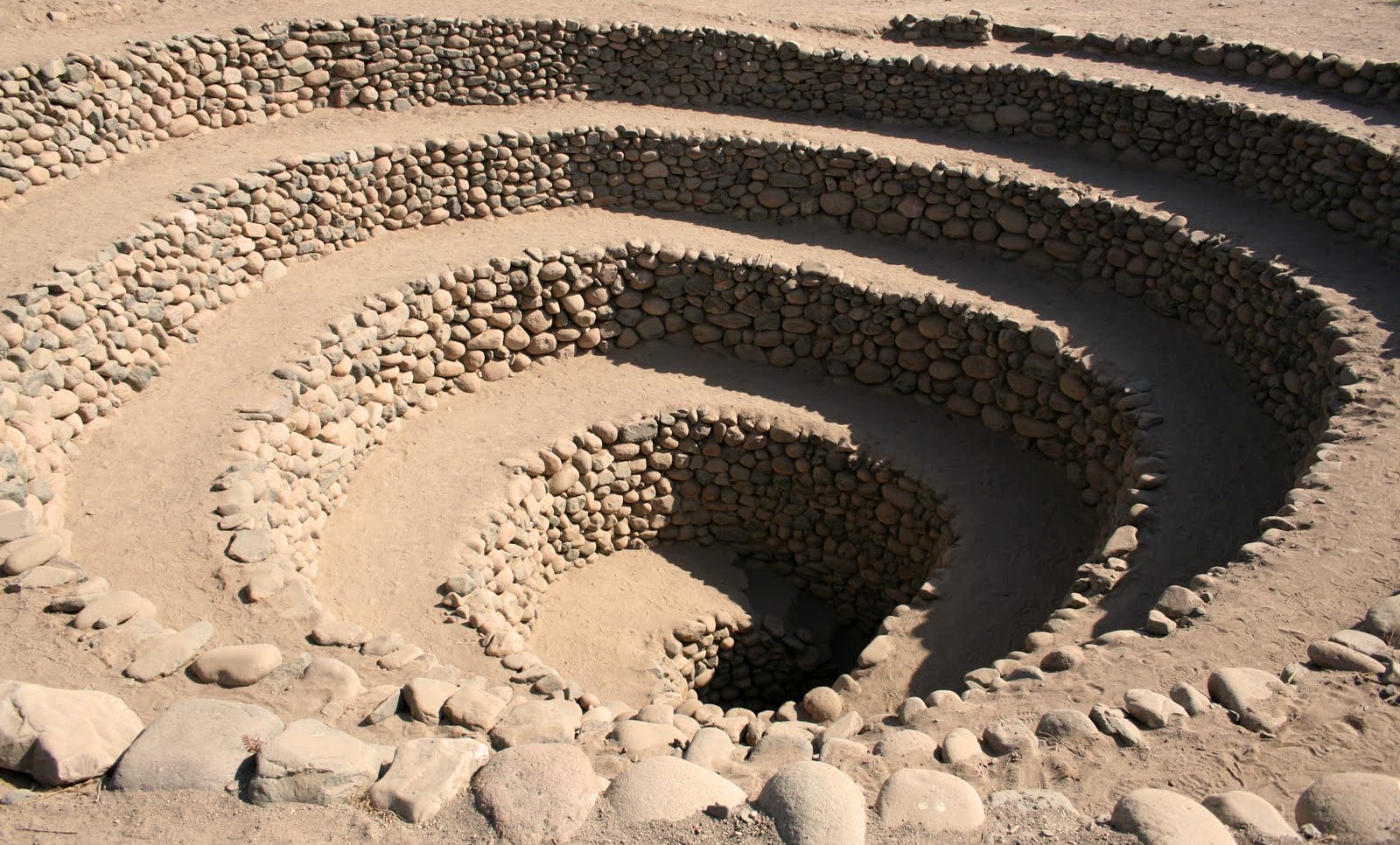 Nazca is the name of both a city and coastal desert plain located 250 miles from Lima. However the main interest in Nazca is the Nazca Lines that decorate the outlying desert. The Nazca culture inhabited the region between 100 and 800 BC and rather than stone ruins, their legacy to humanity comes in the form of deeply etched carved depressions in the ground on a massive scale, covering a surface area of approximately 20 square miles.

The lines on the whole are figurative but plants and animals are also represented. Given their size, the best way to experience Nazca is in the air on a short 20 minute light plane flight otherwise there are viewing towers from which you can look down on the lines without spending too much.

Nazca is unique and travelers marvel at the connection that such an ancient culture had with the heavens although theories on why they actually exist range from worship to heavenly gods through to them being a tool with astronomical applications. Whatever the reason, their sheer beauty scale and beauty will leave you speechless. 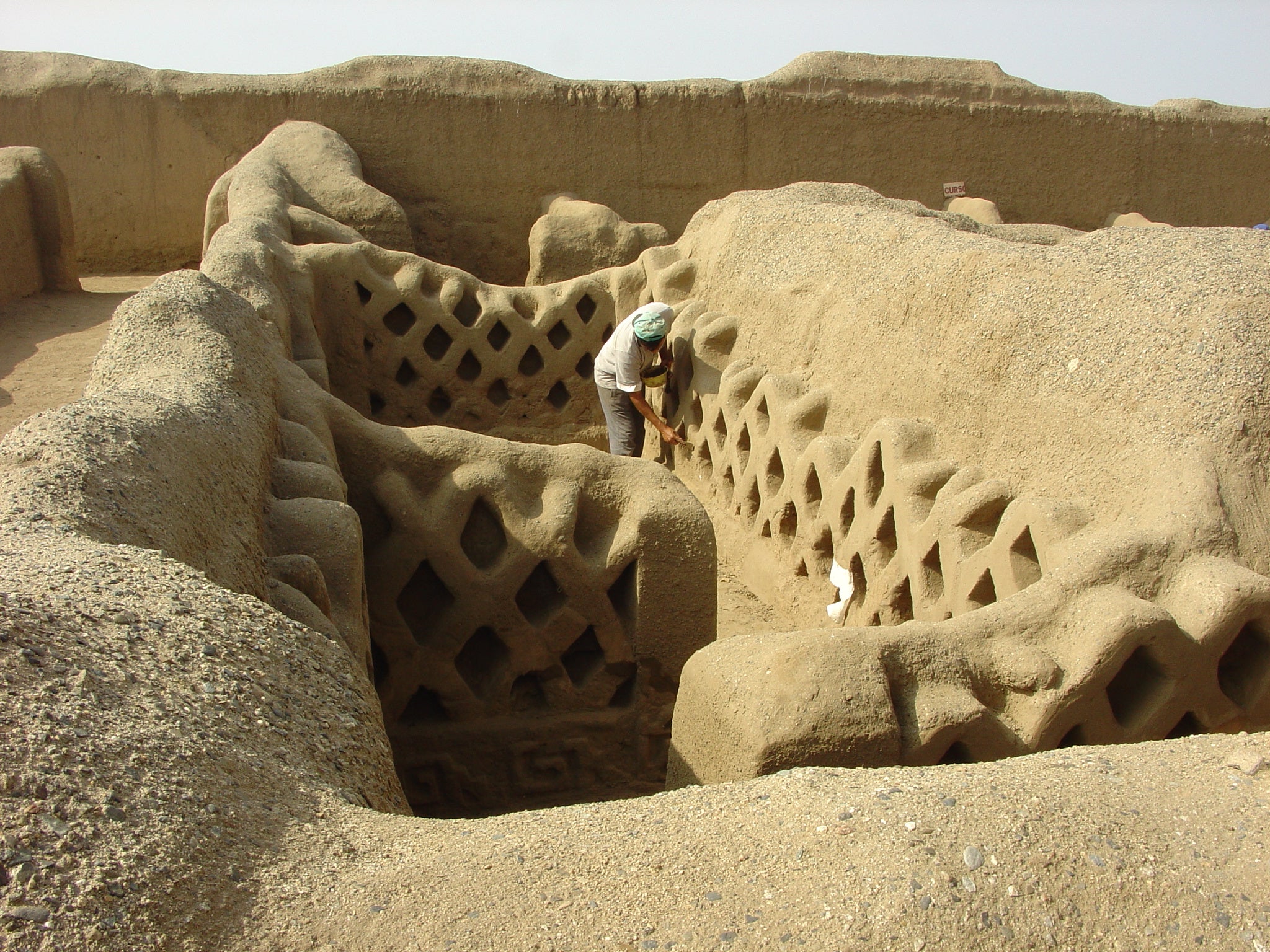 Located near Trujillo in northern Peru, Chan Chan was established by the Chimu people between 900 to 1470, with the ruins stretching over approximately 12 squares miles. The ruins are composed of a 10 walled palaces all serving different functions for the Chimu. However, only the Tschudi Palace is fully restored and open to travellers. A visit to Chan Chan offers an opportunity to marvel at the meticulous planning and design of an ancient culture in constructing their city. 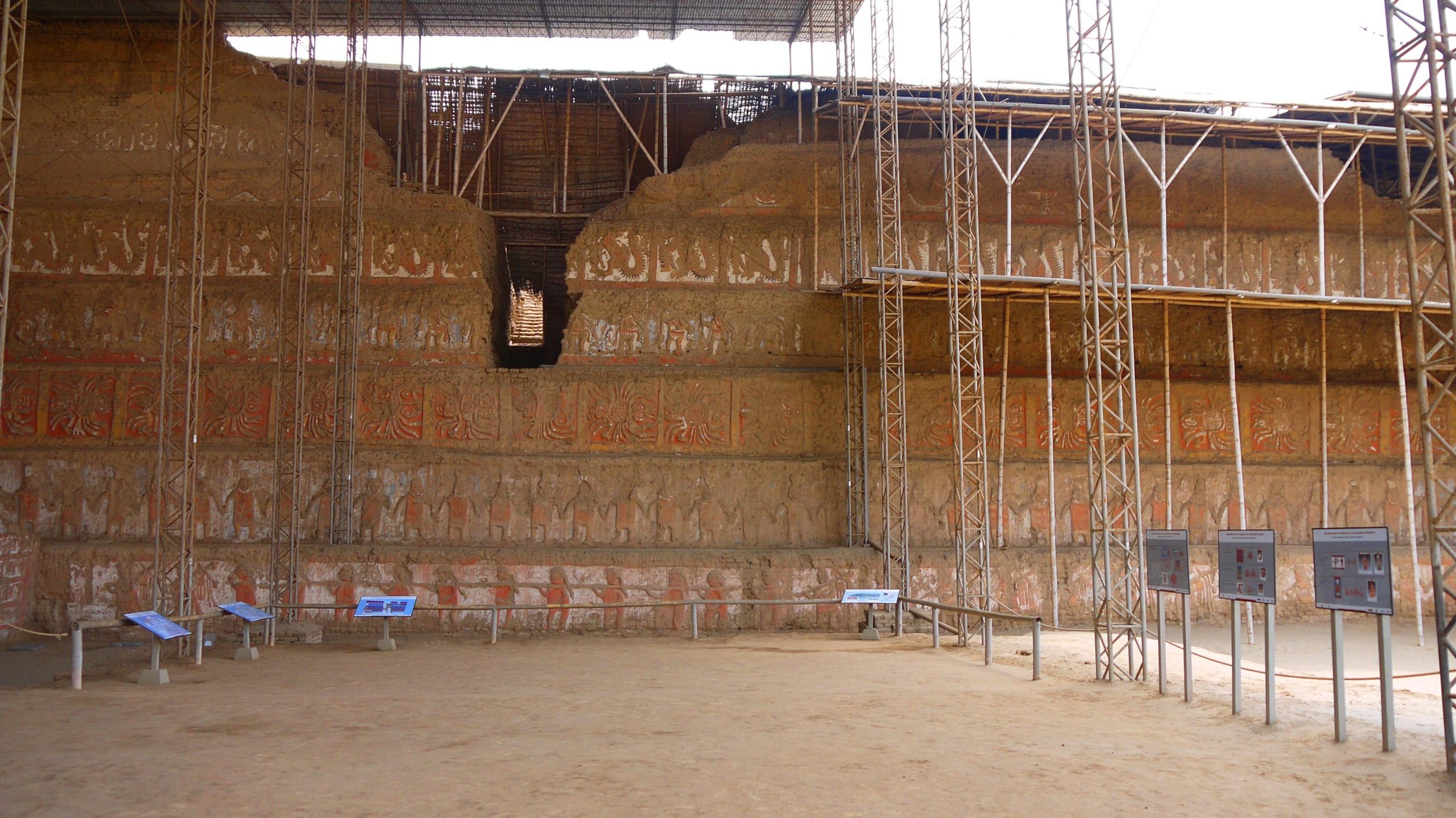 Also in Trujillo, Huacas de Moche is composed of Huaca del Sol and Huaca de la Luna, the legacy of yet another Peruvian civilization, the Moche, existing between 100 and 700 AD. Presently only Huaca de la Luna can be visited however Travelers can marvel at Huaca del Sol’s magnificent pyramid shaped exterior.

The interior of the smaller Huaca de la Luna gives a window to the Moche culture whose sophistication was celebrated in their art and architecture, with their deatailed ceramics, elaborate gold sculptures and the huacas themselves offering travelers the chance to be mesmerized by yet another fascinating Peruvian civilization. 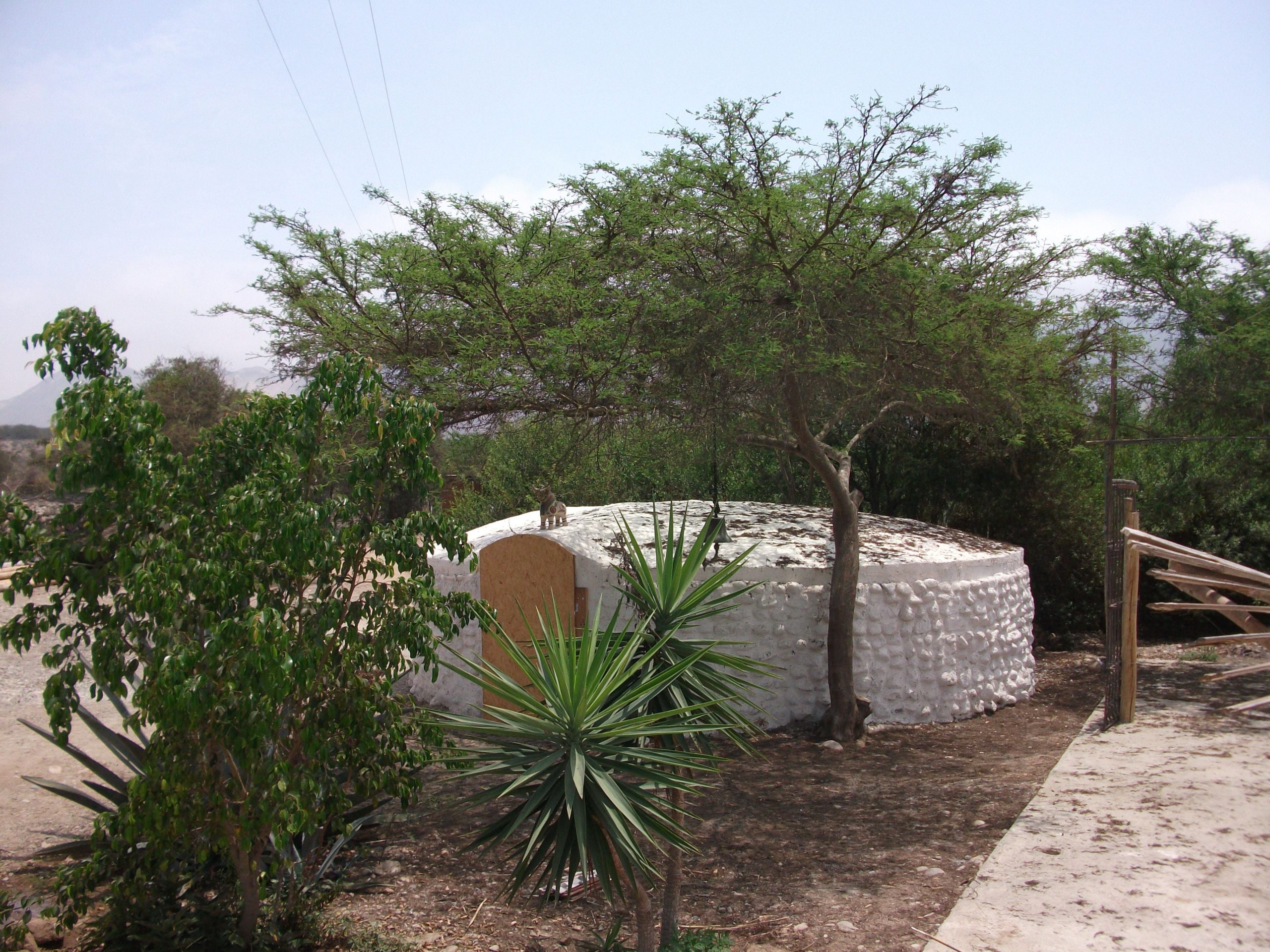 If you are interested in the evolution of human culture, then a visit to Caral is mandatory. The Caral civilization is the oldest in the Americas, and the origin of the Andean culture in parallel with those in Mesopotamia, Egypt and China. Located in the Supe valley, approximately 3 hours overland from Lima, the sacred city of Caral was constructed between 2600 and 2000 BC.

The main temple at the site is impressive, standing tall against the stark desert backdrop. Those who travel here can reflect serenely on the evolution of human culture at ruins that are at the opposite end of every scale to those found at Machu Picchu thereby creating a cultural bookend of Peruvian civilizations from oldest to most recent.

So be sure to complement your Macchu Pichu experience with visits to a range of other Peruvian ruins. You will return home with deeply etched memories not of ruins made of stone building blocks rather, an insight into the building blocks of humanity itself and a mysterious peace knowing that there is something immense and mysterious guiding all of us through time. 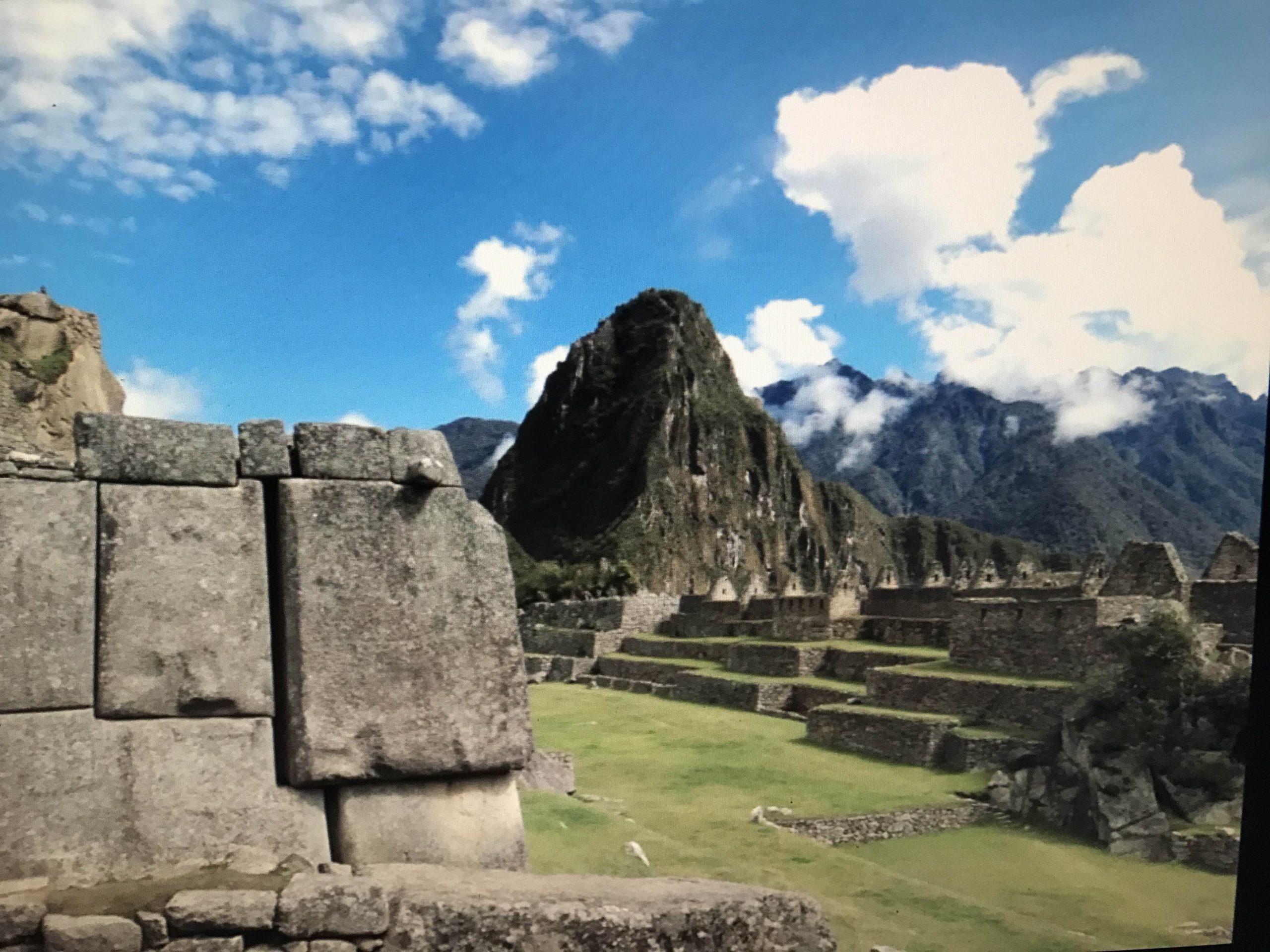 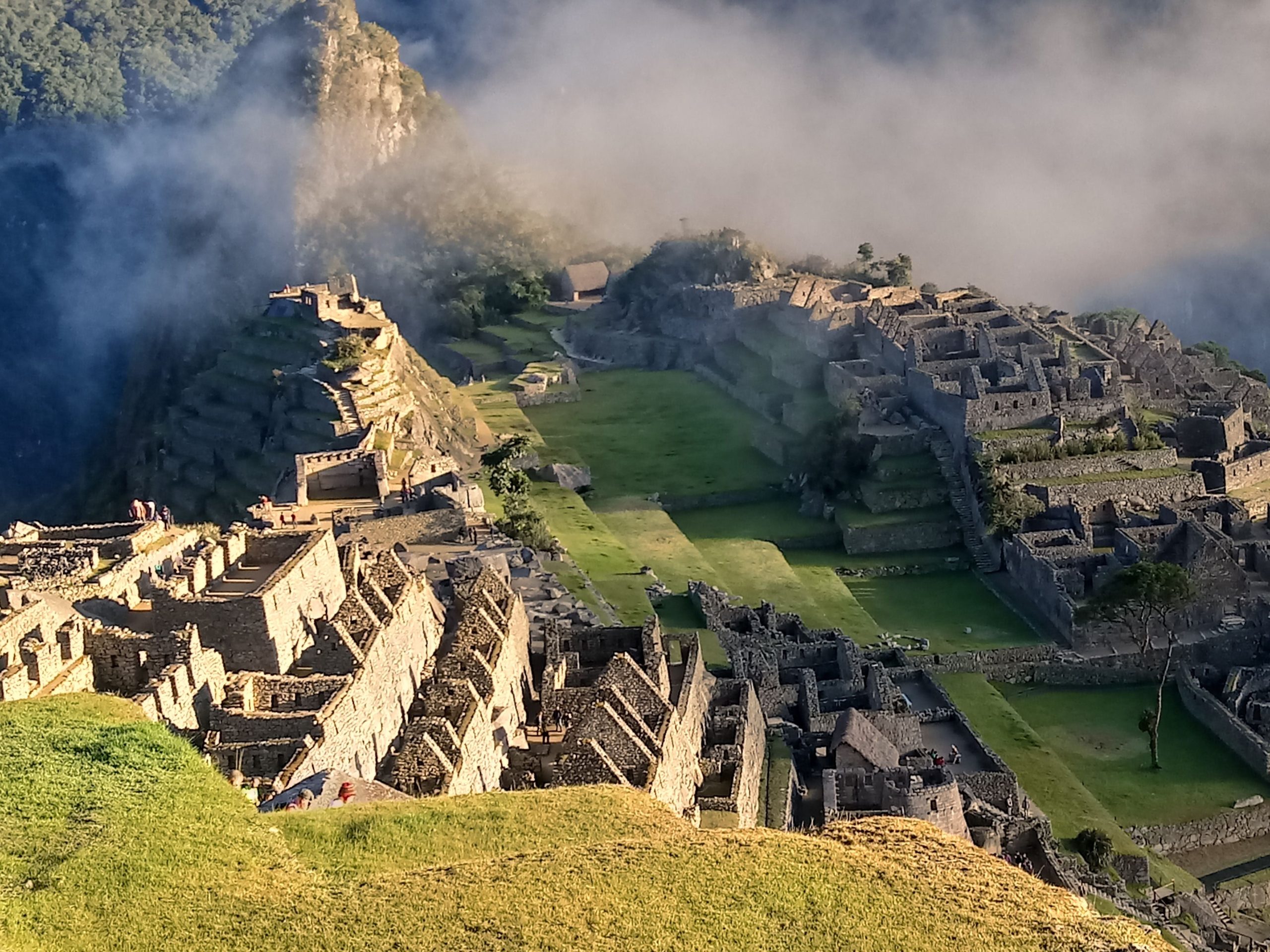 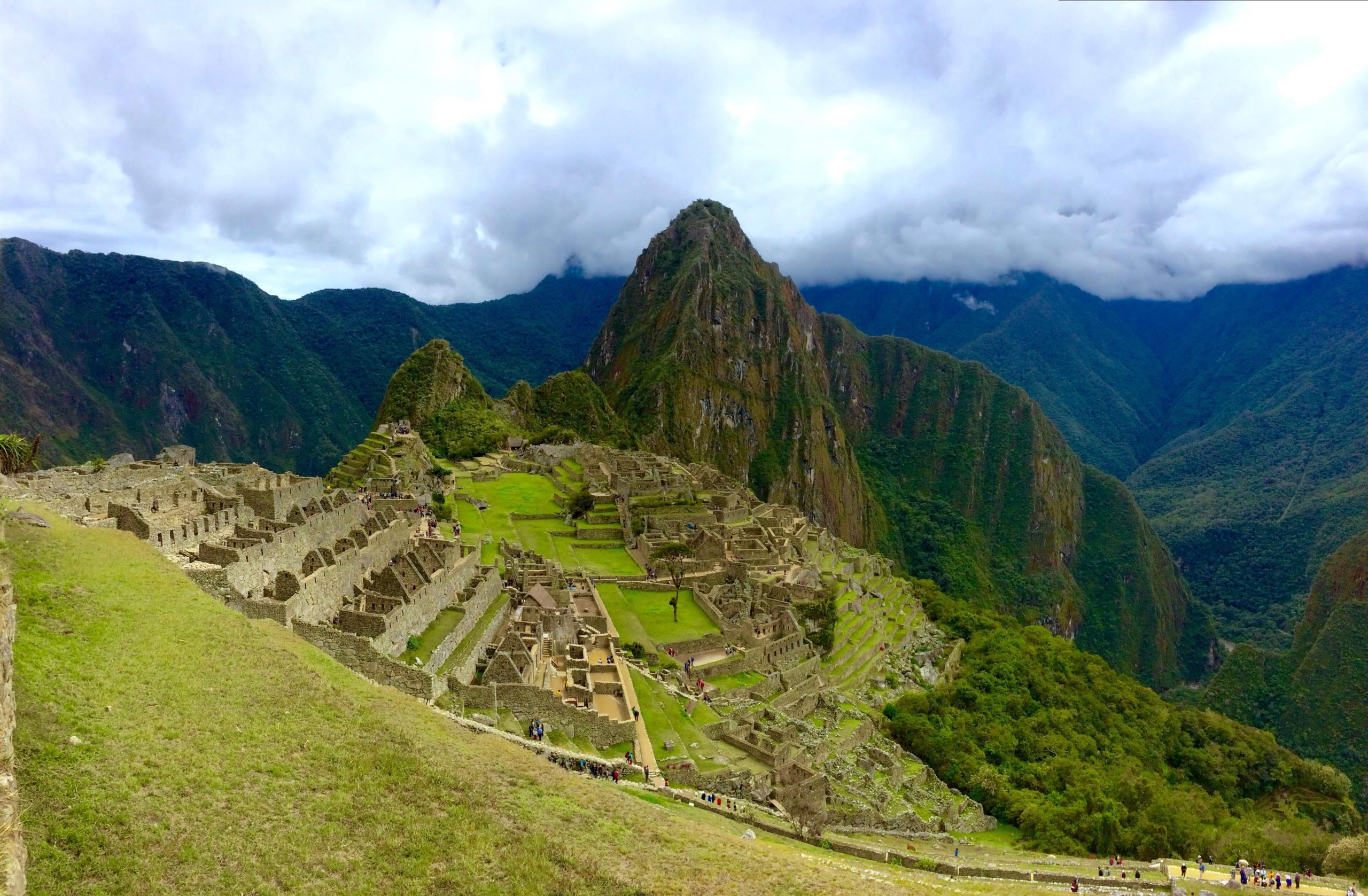 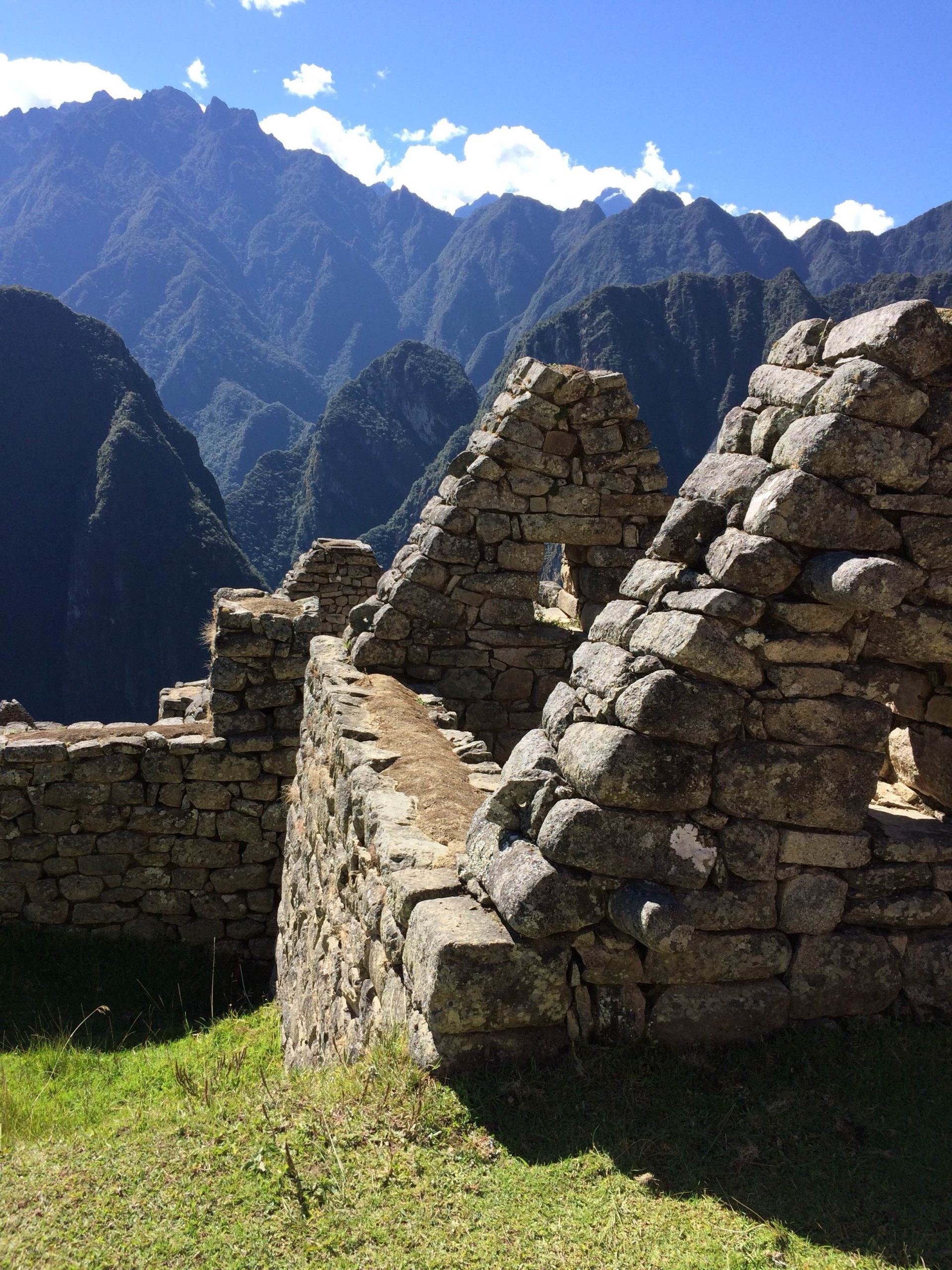 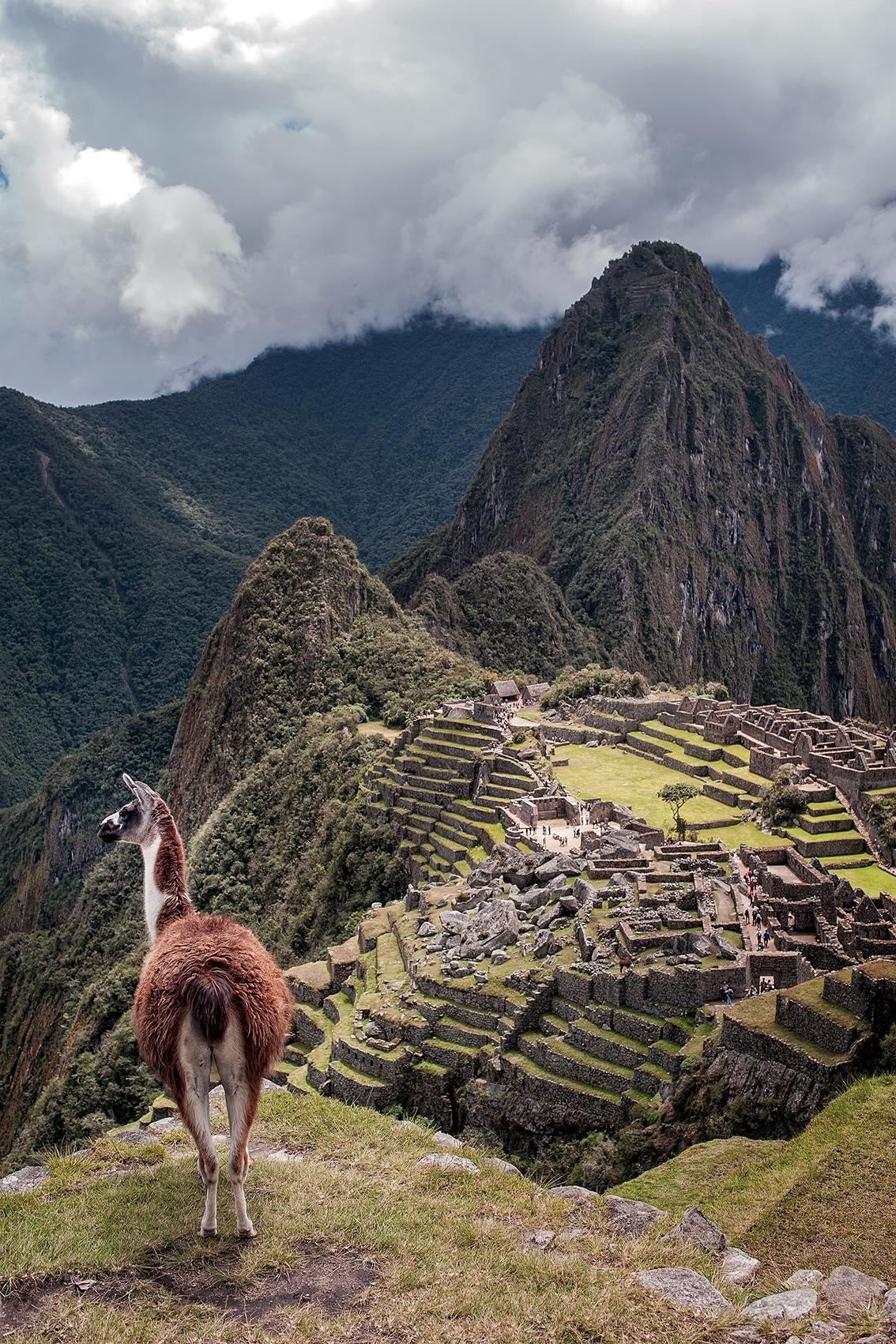 Giuseppe Bartuccio
A project from minube to