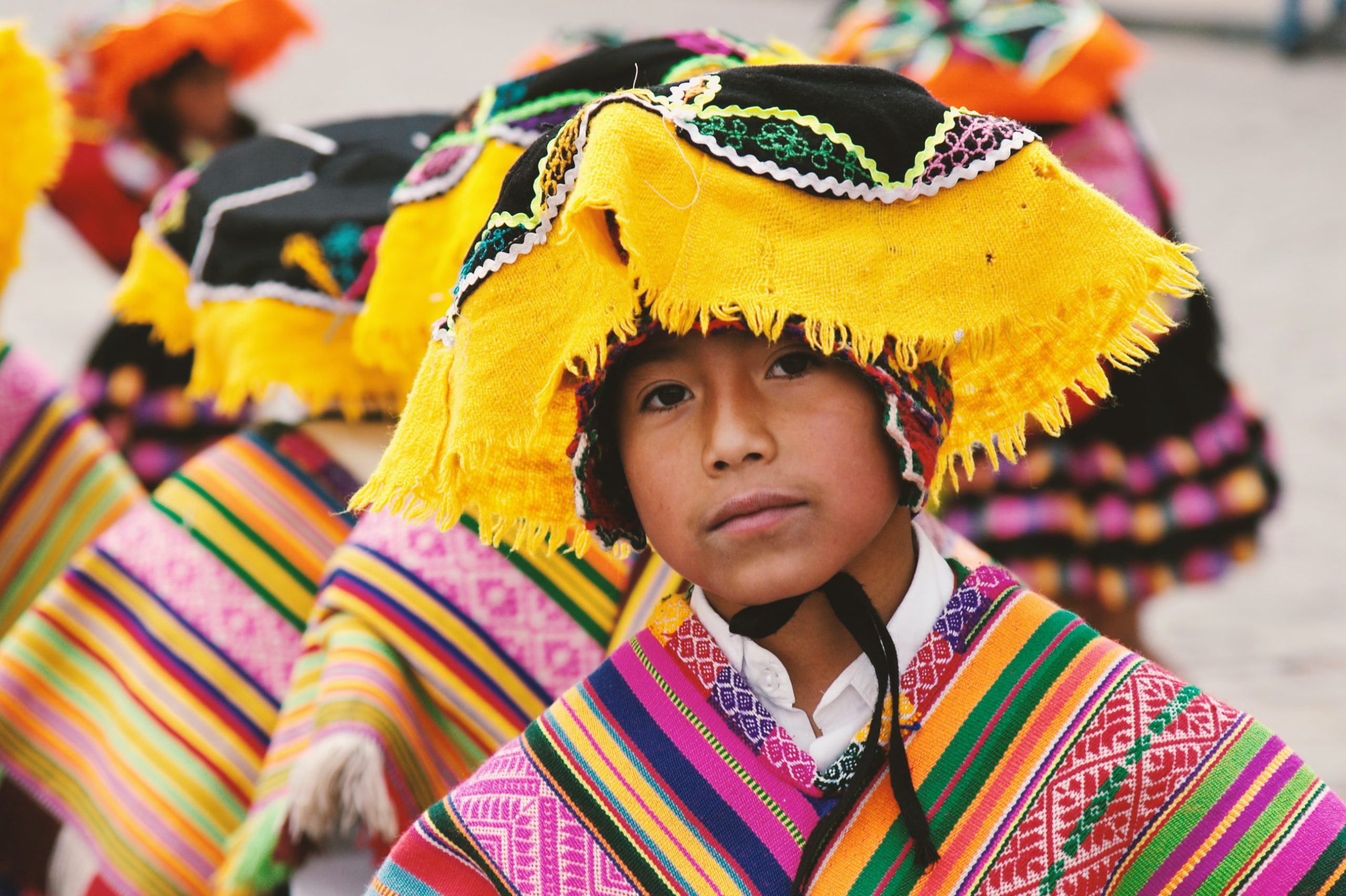 Peru’s rich culture makes visiting this country even more special. Peruvian traditions are rooted in a mix of Hispanic and native cultures. Despite the power of globalization, the native Quechua and Aymara have managed to preserve their traditions.

Roman Catholic is the predominant religion in Peru. This faith has been present since the arrival of the Spanish during the 16th Century, and it is estimated that 80% of the population in Peru is Roman Catholic. There is a large presence of shrines and monasteries, and there are churches in almost every town and village. Nonetheless, there is a syncretism between Catholic and traditional rituals which can be witnessed in festivals and offerings.

The Quechua tribe are believed to be direct descendants of the Incas. The Quechua culture is widespread throughout Peru and South America and its traditions are preserved today in music, clothes, dance, food and even language. Andean textiles of Alpaca and llama wool are weaved into intricate patterns and designs. Mix this with the vibrant colors, and the result is beautiful blankets, rugs, ponchos and more, which have become a staple souvenir for travelers. Andean traditions are also preserved in local cuisine. Eating cuy, or guinea pig, is a tradition from Inca times and can be ordered in restaurants today. 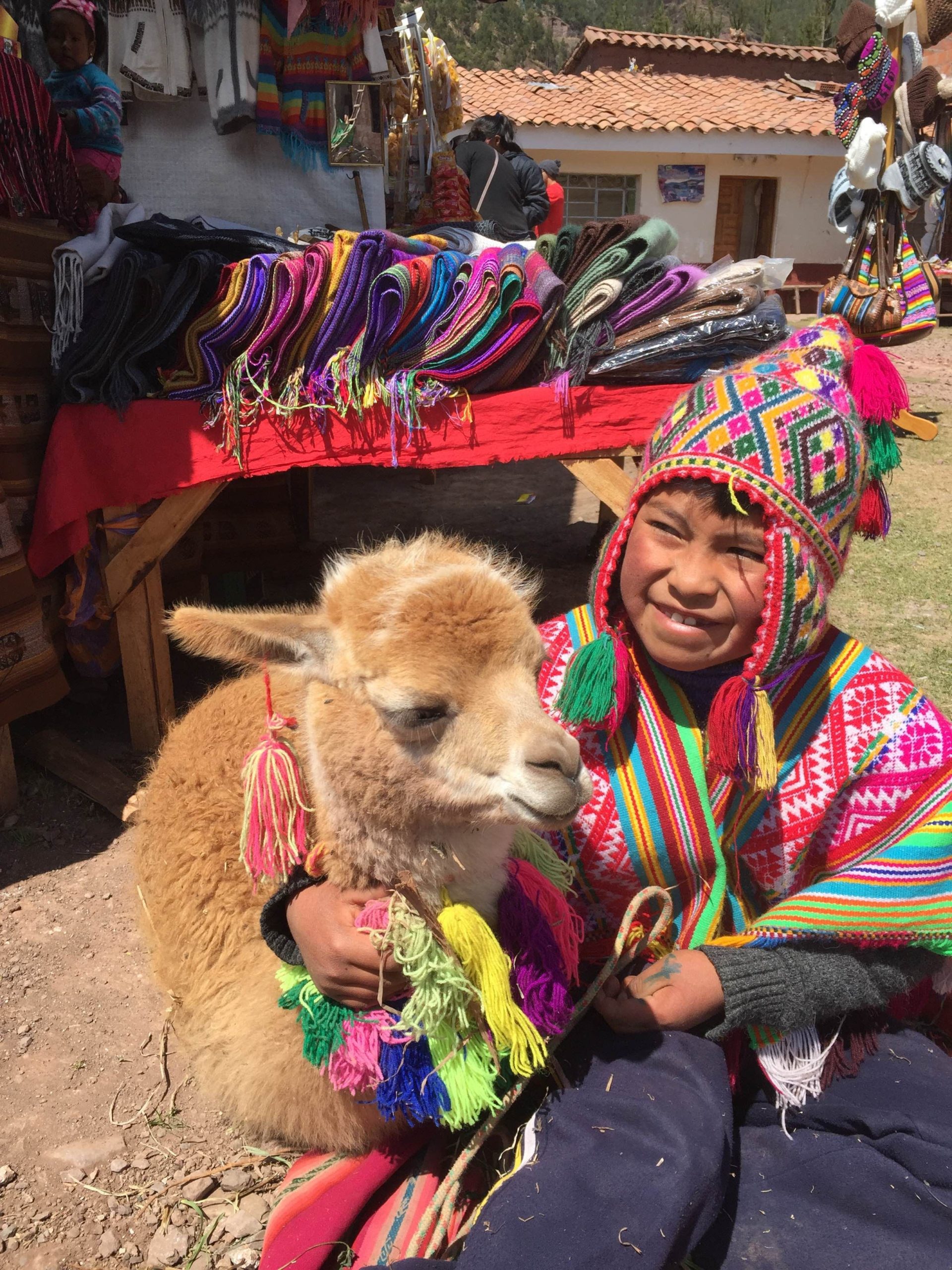 Celebrations and holidays in Peru

Peru’s colorful displays of celebrations and festivals are prominent all year round. Festivities in Peru stretch back thousands of years with Catholic and traditional Inca influences. However, they all have a shared trait of music, dance and signing. Easter week and Carnival, which is celebrated the week before Lent, are the big festivals of the year all over Peru, combining Catholic and traditional customs.

Inti Raymi is the celebration of the sun king, and the Earth mother, Pachamama, and takes place is Cusco. This celebration coincides with the winter solstice on June 24th and begins with a tribute to the Inca sun temple in the Plaza de Armas. In Lake Titicaca, La Virgen de Candelaria festival in February celebrates the local patron saint. This celebration features performers from around the region wearing costumes and masks. In Lima, the Mistura festival is a gastronomic celebration in September each year. Vendors and producers come from afar to display their regional specialties. This is the perfect opportunity to sample the local delicacies 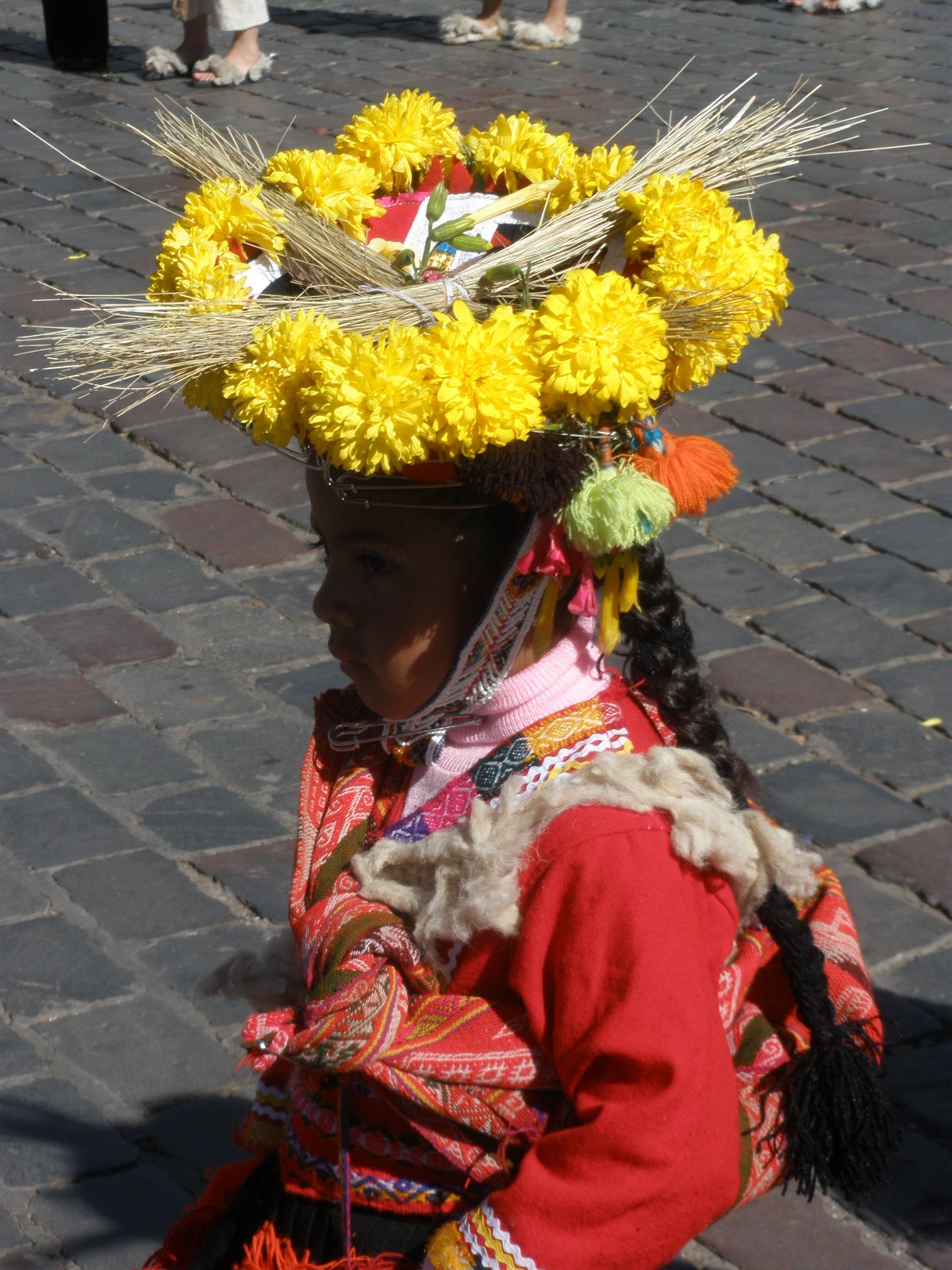 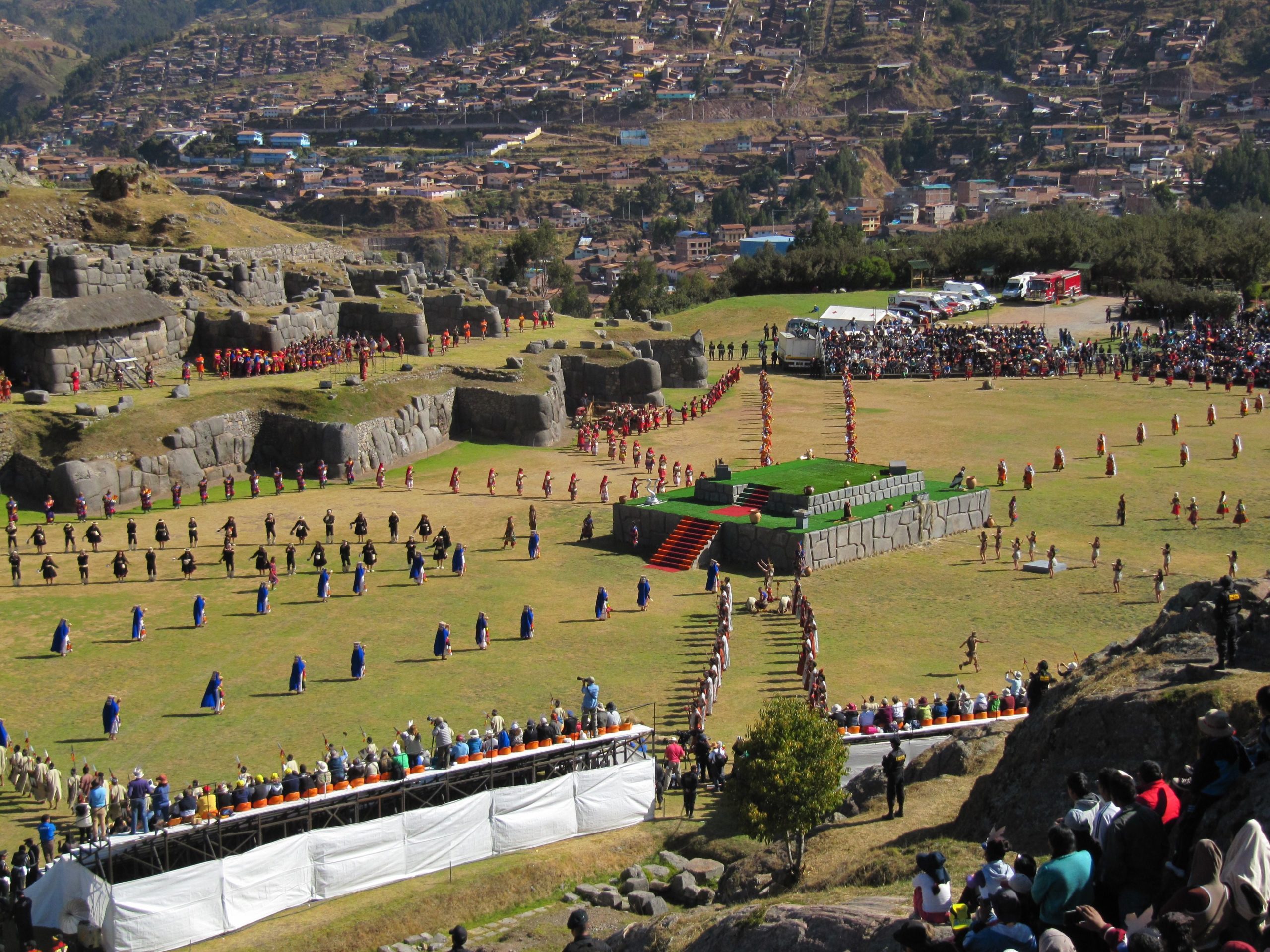 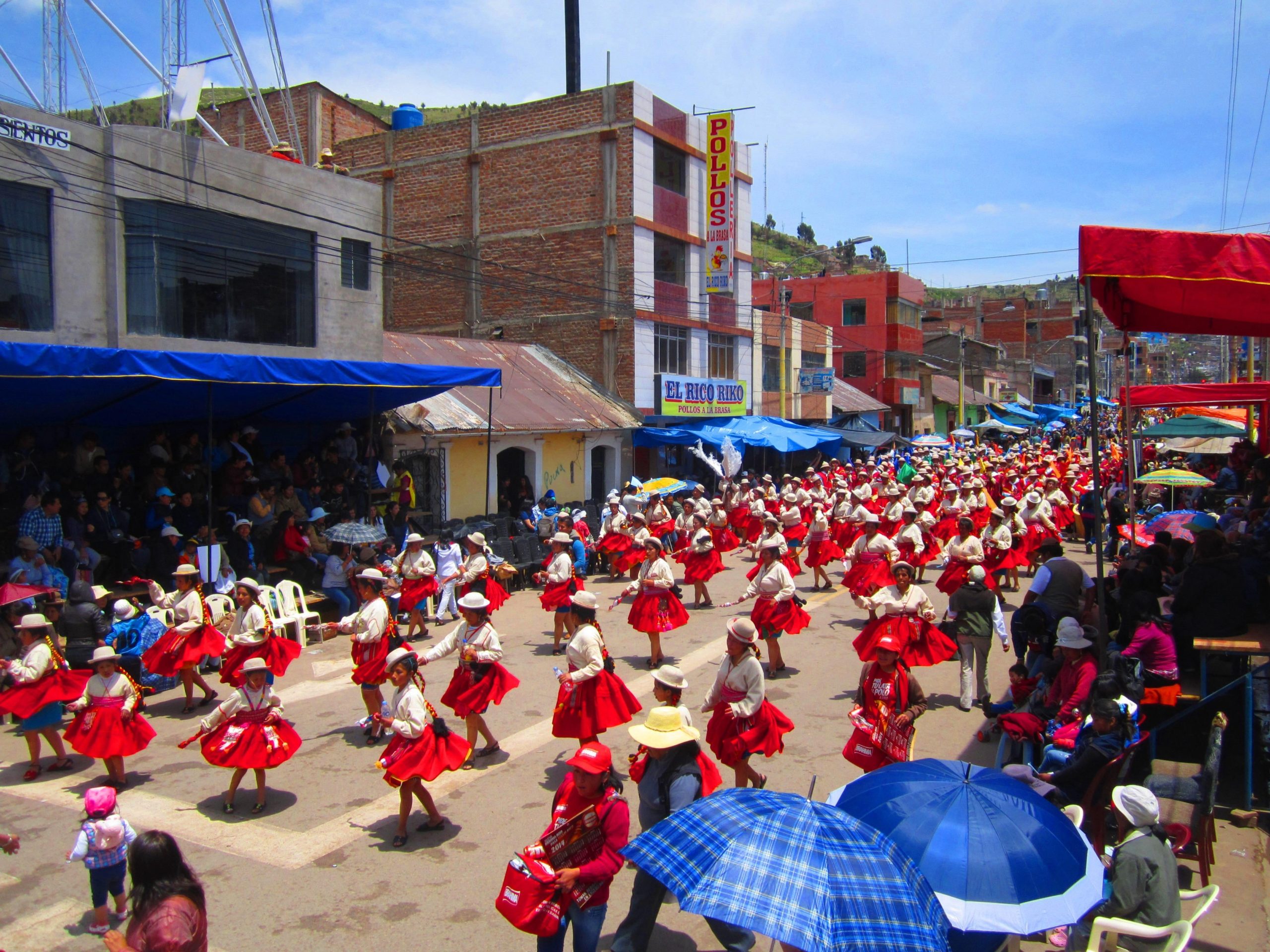 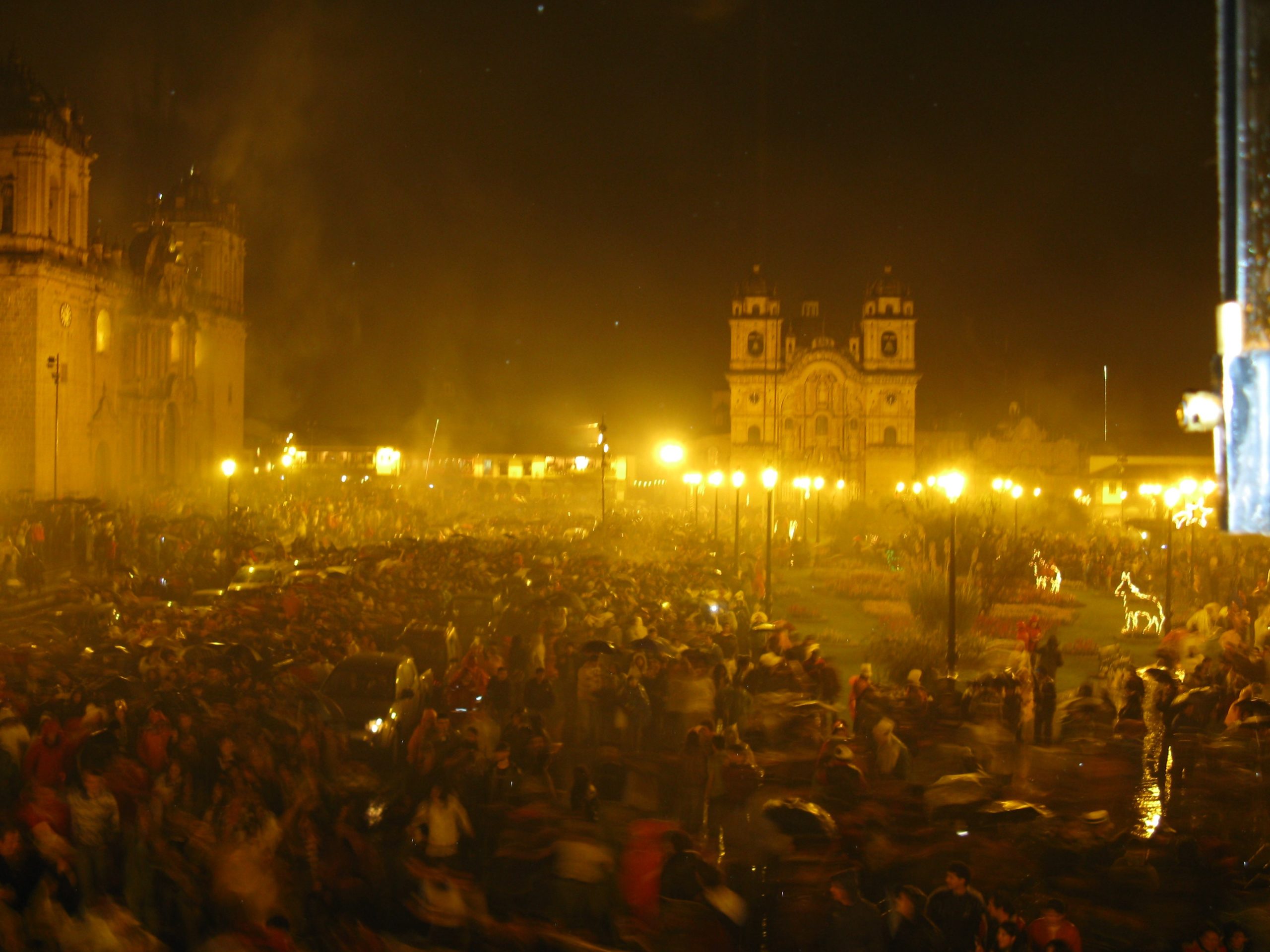 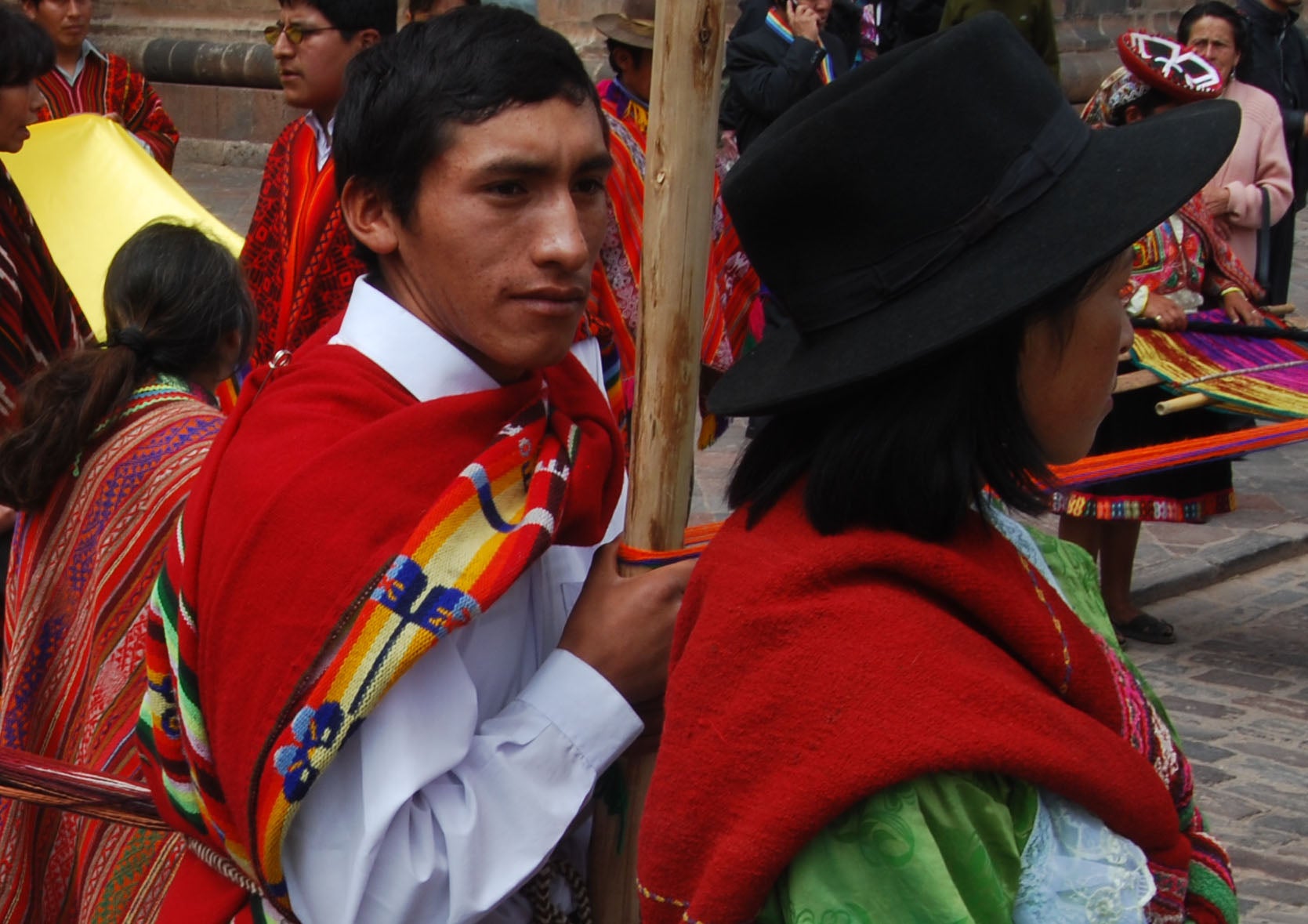 Spanish is the primary language in Peru, but Quechua and Aymara are also spoken. The locals you will meet along your journey will most likely not speak or understand any English, so the language barrier for travelers is a frequently encountered problem for many. Learning some Spanish before setting off on your travels is a good idea, as is carrying a pocket-sized dictionary and having Google Translate with the Spanish language downloaded on to your phone so it works offline when in an area with little or no coverage.

Greetings (How people greet each other + common greeting expressions)

Greeting locals abroad can be walking into the unknown. Therefore, knowing that your way of greeting meets the local social etiquette criteria while on your travels is a relief. Men usually shake hands when greeting, while for greetings between women, and also between men and women, a kiss on the left cheek is the norm. These gestures are for hellos and goodbyes, and can be accompanied by the phrase mucho gusto, or nice to meet you.

Formal language is used in situations such as in a business meeting, speaking with members of local authorities (police, etc.), or when speaking respectfully to older people.

Also, when saying hello in Spanish, the time of day is your indicator, like in English. Buenos días (morning until lunch), buenas tardes (after lunch until dinner time) and buenas noches (darkness/after dinner) 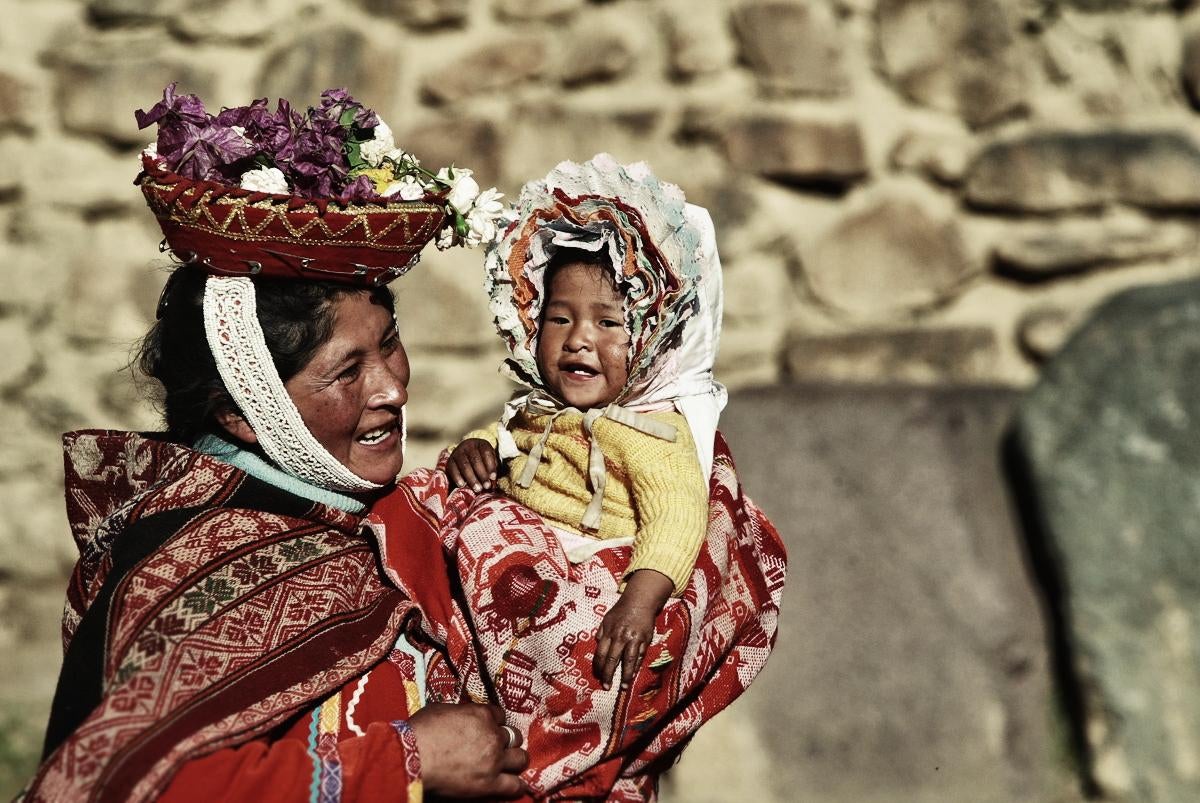 In informal situations, a simple hola will get you out of any difficulty with the above. Expressions such as “¿qué tal?”, “¿cómo estás?” and “¿cómo va?” are informal ways of asking someone how they are. Other expressions like “hasta mañana”, “hasta luego” or “chao” can be used to say goodbye in informal settings.

Peru is a generally conservative country, so an outfit which might be considered stylish at home may be considered offensive abroad. As a general rule, the less skin showing the better. Dressing more formally, even wearing Sunday best, might be a good bet. If you are unsure of the dress code, it is best to err on the side of caution and over-dress for the occasion.

The cultural norm in Peru is to arrive late when it comes to attending social events. If a social gathering is to commence at 8pm, it is more likely that it will start at 8.30pm. The obvious exception to this is formal business situations and travel timetables. 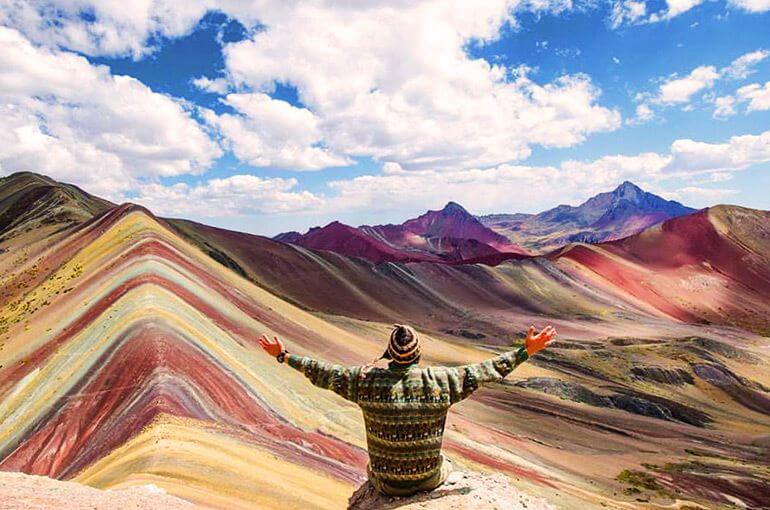